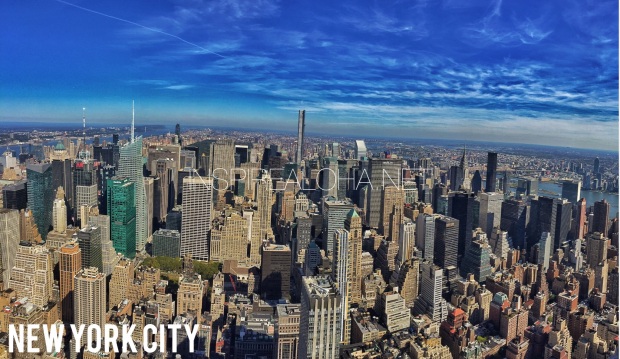 I can’t say it enough, New York City is amazing.  Last week I had the opportunity to visit the city for the second time ever, and guess what?  I got to go back for a THIRD time!  The first time I went there I didn’t get to see or do much because I was so overwhelmed and didn’t know what to do.  The second time I had a little time to do some research and planning and by this last time I pretty much had a set idea of what I was going to do and how I was going to accomplish it.  Surprisingly (or not so surprisingly) there was still tons of stuff to do.  This time around I explored the city solo.

**While I may get recourse for saying that I went out solo, I will say this, bad things happen in the world, be careful and be safe, but don’t let the fear hold you back from experiencing life.  Travel SMART.  (stay tuned because I’ll be posting how to do just that in a future post)

I started my day at around 9AM this time.  It was nice to be up and out fairly early and feel the still crisp and cool air, the day was forecast to be sunny and warm.  The plan was to cover everything in south of 42nd Street and catch all the things I didn’t catch the second time around.  First on my list was Bryant Park. 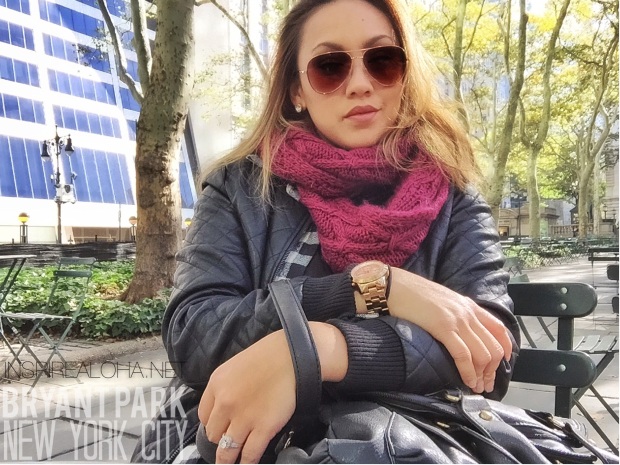 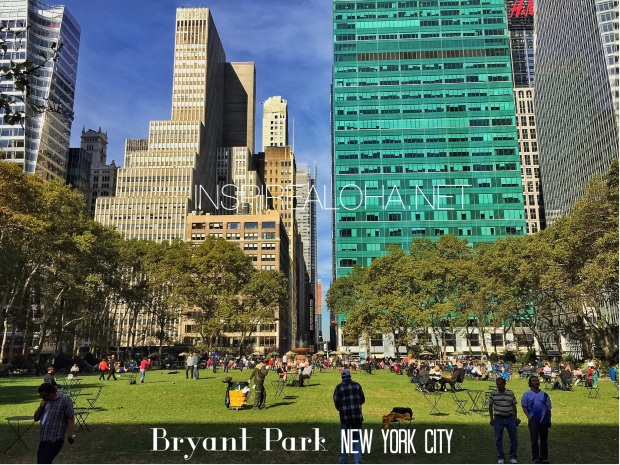 Byant Park is If you feel like riding a carousel or playing bocci ball, this is the park for you.  On a sunny day, you can find people just basking in the sunlight, soaking up the warmth of the sun.  Right next door is the New York Public Library.  I didn’t go inside because they were still closed when I walked by, but if you’re in the area and it’s open, please go inside for me! Here’s a tip: The bathroom here is super clean and there is a female attendant and security guard on duty at all times while the park is in normal operating hours. I wandered through the park for a little while, watched the bocci ball tournament taking place and then headed toward Grand Central Station. 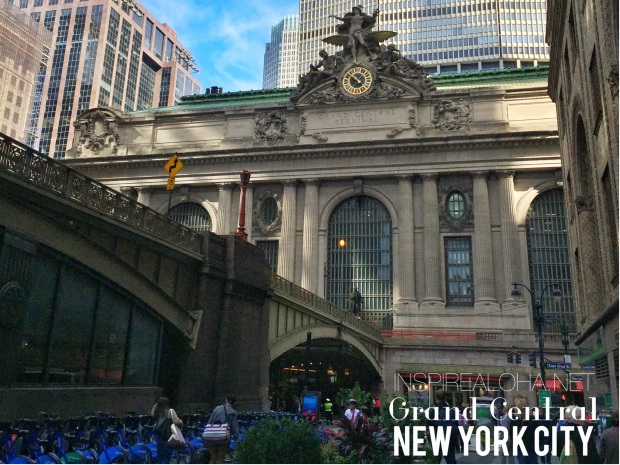 Grand Central Station is beautiful.  The architecture, lighting, and people is an amazing experience.  For an island girl where the building aren’t very tall and the cities are small, Grand Central is just that, Grand.  There is shopping, a dining concourse and you can catch a train, bus, and subway train here. I just stood in the middle of the main concourse and reveled in awe of the architecture of the building. 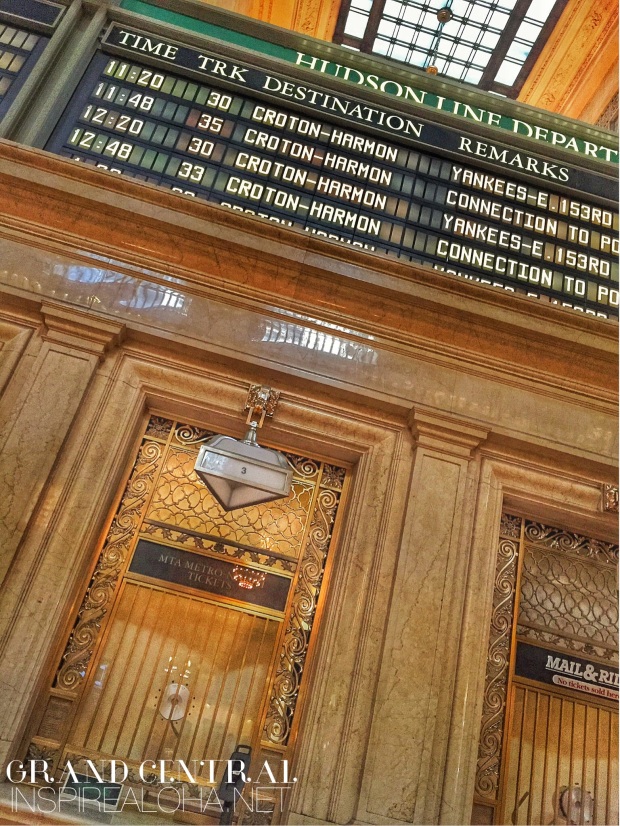 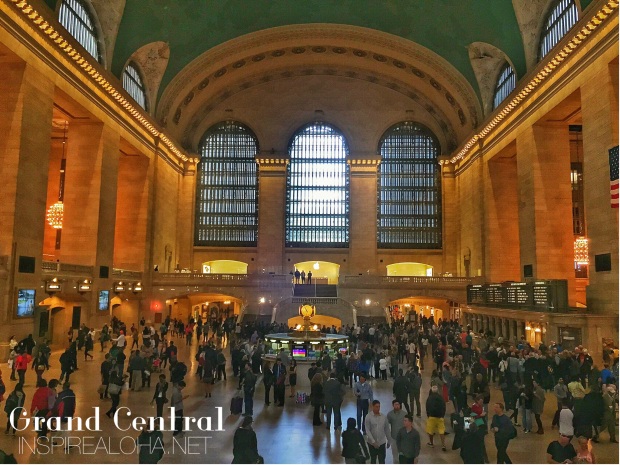 After leaving Grand Central I headed toward the Empire State Building.  Another feat of architectural mastery, the Empire State Building is amazing.  While it is no longer the world’s or New York’s tallest tower, it is still a beautiful building.  There are people outside peddling tickets to get in, but don’t feel like you have to buy a ticket there to get in.  I walked into the lobby, upstairs is the 2nd floor where you can purchase tickets and also enter the attraction.  I hadn’t planned on going to the top of the building but on a whim I decided to buy a ticket.  A few quick swipes on my phone and I had a ticket in my hand and skipped the first of 4 lines.  The top of the building gives you an AMAZING 360 degree view of New York City.  I could have stayed up there all day.  After heading back down to the ground level, I headed toward lower manhattan. 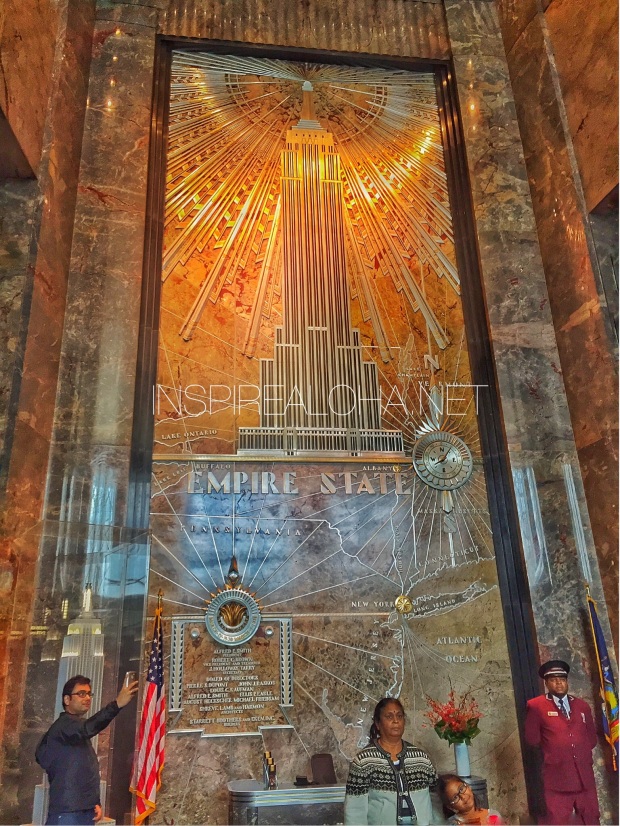 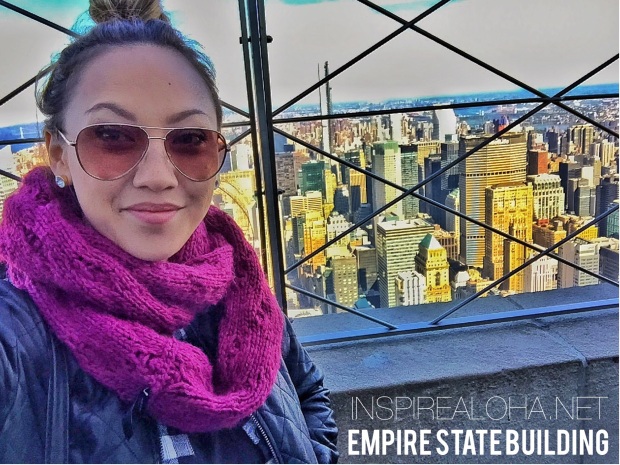 I walked along 5th Avenue and thought about shopping, and then remembered I would have to carry it with me all day, and back to the hotel.  For the first time, I passed on shopping! My grandmother would have been so proud.  The weather was in the 70’s and sunny, I was getting HOT walking around.  I passed a few parks and iconic New York attractions that I hadn’t planned for along the way including Madison Square Park, and The Flat Iron Building. 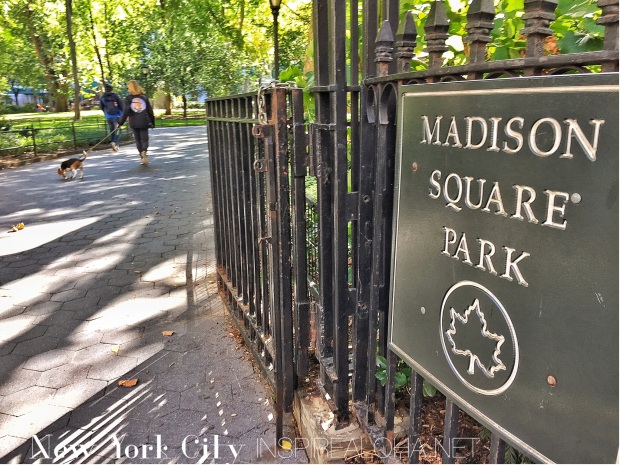 I also hadn’t planned on it, but I stumbled upon Joe’s Pizza.  As seen on Spiderman, Joe’s Pizza serves up Sicilian and New York style pizza, it’s known for being one of the best slices in New York.  Obviously, I had to get a slice.  I sat by the open window and let my weary little feet rest.  After having lunch you obviously have to get dessert RIGHT?!  Momofuku Milk  Bar was next on the itinerary. 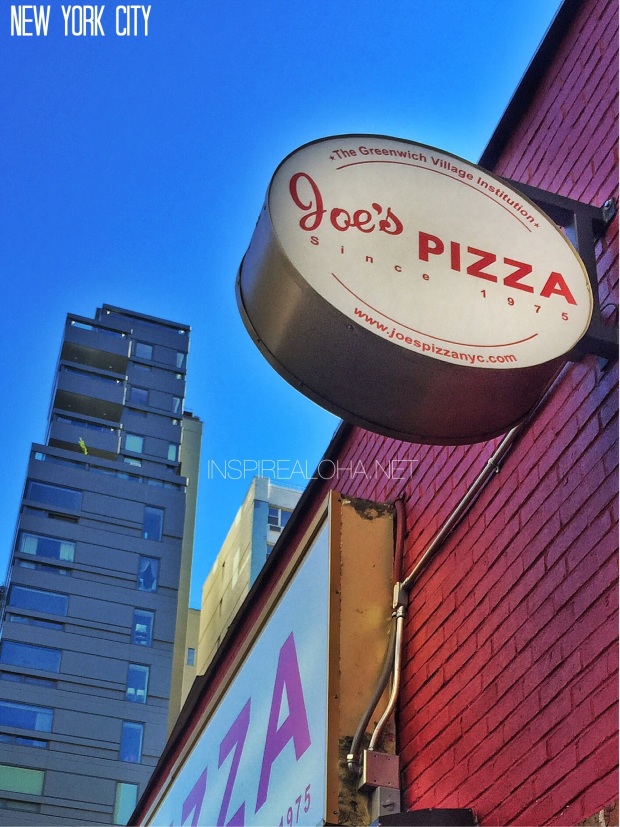 Momofuku Milk Bar, aka Milk, serves up all types off sweet treats.  They are famous for their cereal milk and crack pie.  I obviously got both.  A chocolate cereal milk shake and crack pie was what my stomach told me to order.  The milkshake, amazing. The crack pie? A bit too sweet for my tooth, but still awesome. If you come here, make sure you get a compost cookie too! 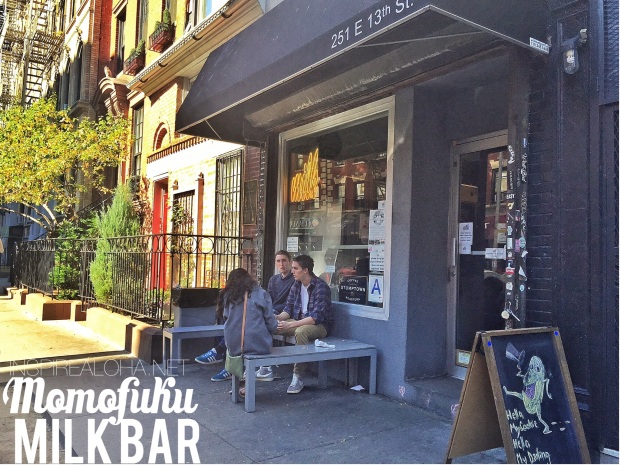 I wanted to see the bull of wall street so I headed in that direction.  My feet were starting to get sore so I did the unthinkable for me.  I took the subway for the first time.  Now, I’m no stranger to public transportation.  I grew up taking the public bus around my hometown and have used it in other cities.  I don’t know what it is about the subway that freaked me out, but now that I’ve done it, I don’t know why I was so freaked out.  It was so easy. Uptown and Downtown, express or all local stops. Easy peasy. 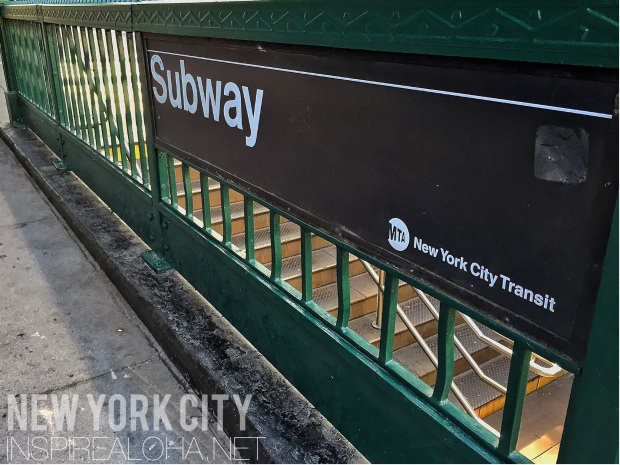 I got off a few stops early just so I could explore the financial district, and to make sure I wouldn’t have to back track.  As I approached the location of the bull, I saw this crowd of people. Safe to say, I didn’t get a picture with the bull and moved on to better things.

I walked down to Battery Park to get a glimpse of the hudson.  I was going to catch a ferry out to see The Statue of Liberty, but it was too late and it was going to close so I was going to go see the Brooklyn Bridge, but ultimately decided that it would be better for me to visit the Word Trade Center Memorial. 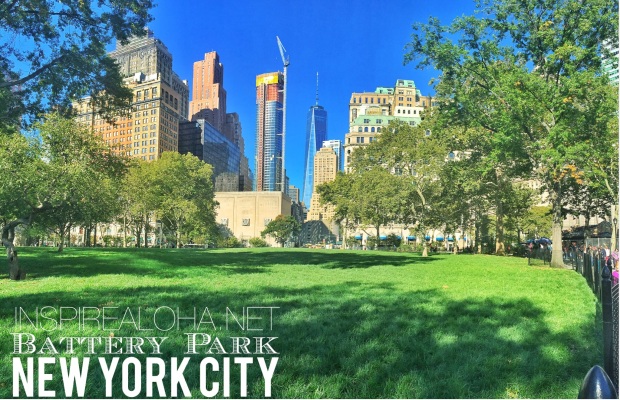 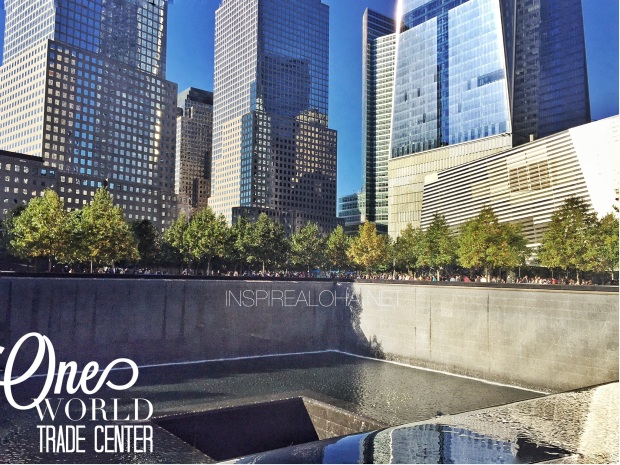 The World Trade Center is a MUST for anyone who was around 14 years ago when it happened. I looked over the south pool and you can’t help but feel a sense of pride come over you and you start to feel the magnitude of what went on that fateful day.  I even got to see the FDNY Ladder 10 in action, it was awesome. 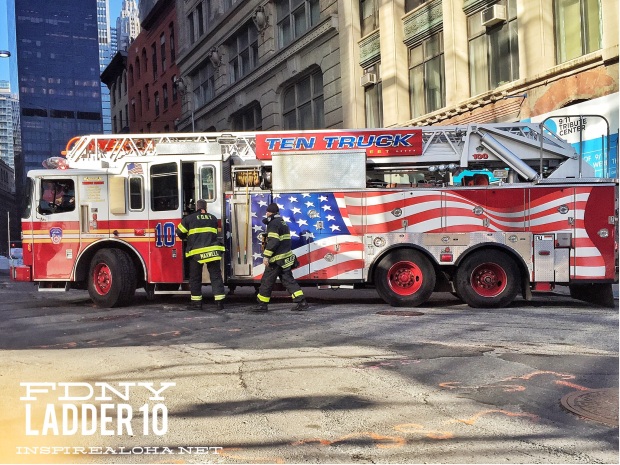 The last stop on my list was Chelsea Market and The High Line.  Chelsea Market houses shops and food stops in the meat packing district.  It was featured on the food network and is a must try.  I couldn’t decide what I wanted to eat, and I was running low on day light so I just walked though.  At this time of year it’s all decked out in halloween attire. From there I headed back toward Times Square via The High Line. 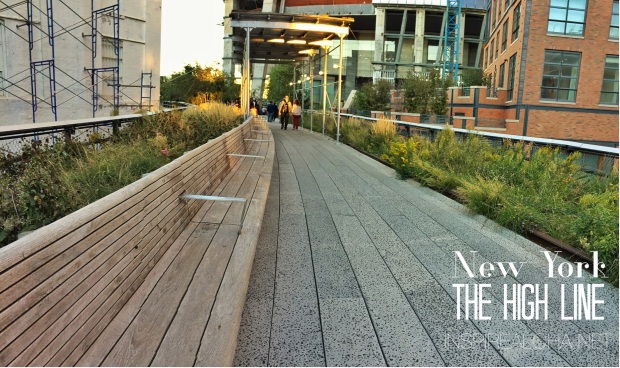 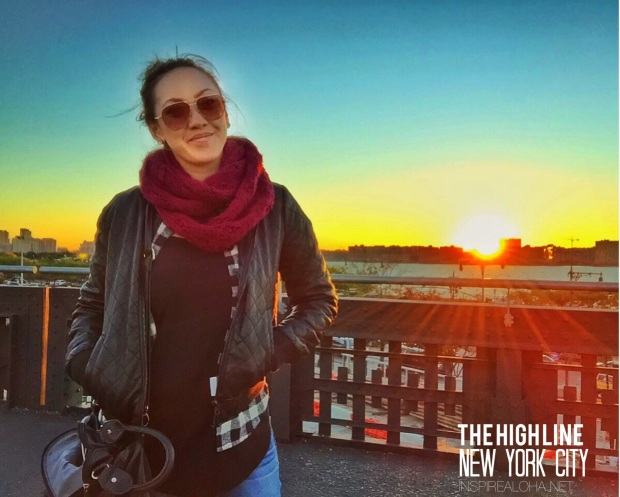 By the time I had reached my hotel room, my feet were sore and my eyes were like sandbags.  I could not keep them open for a minute longer.  The funny thing is, that as much as I walked, as much as I saw, I STILL have not seen everything in this city!  I guess I’ll just have to come back.  Till then… 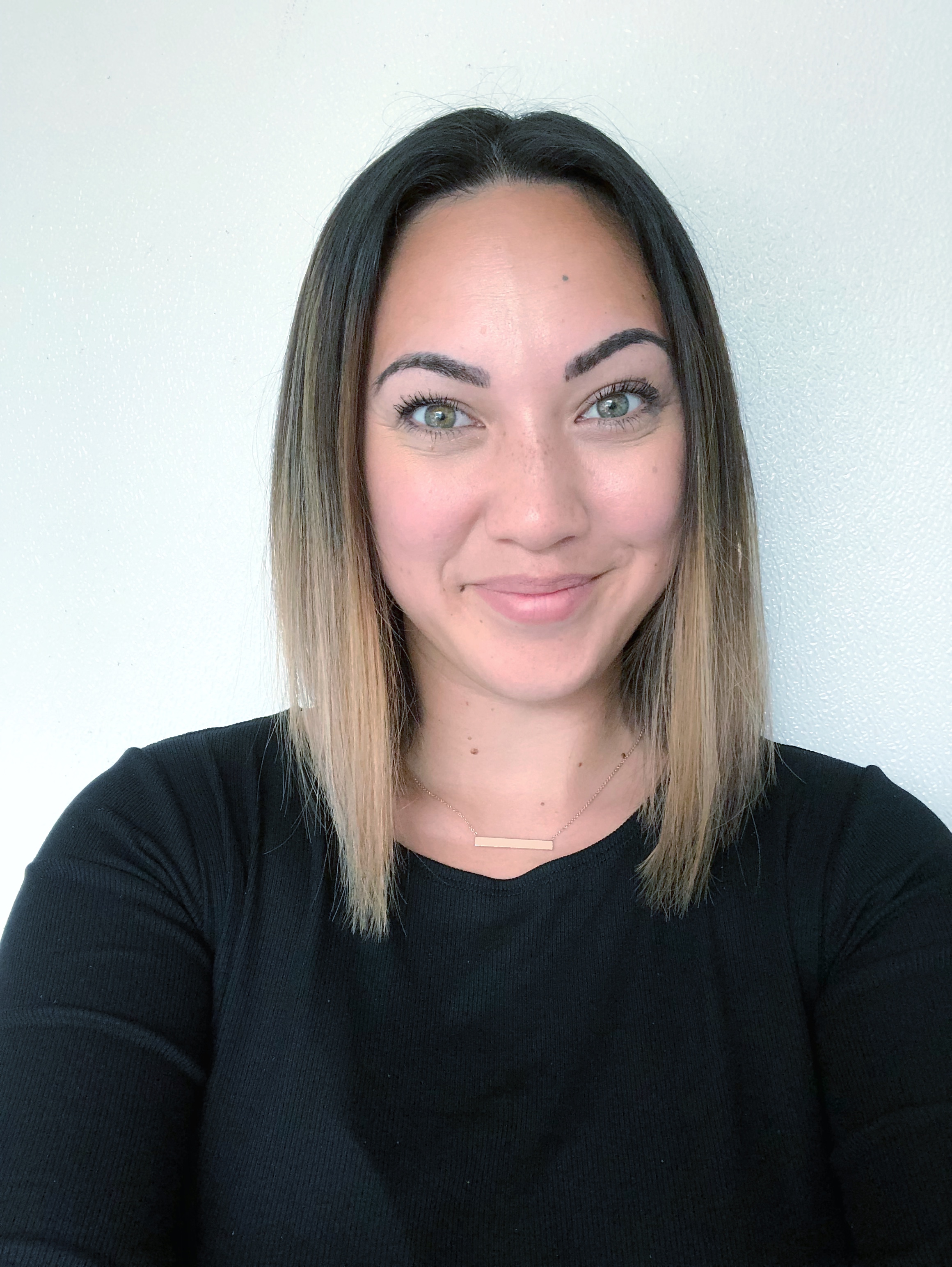 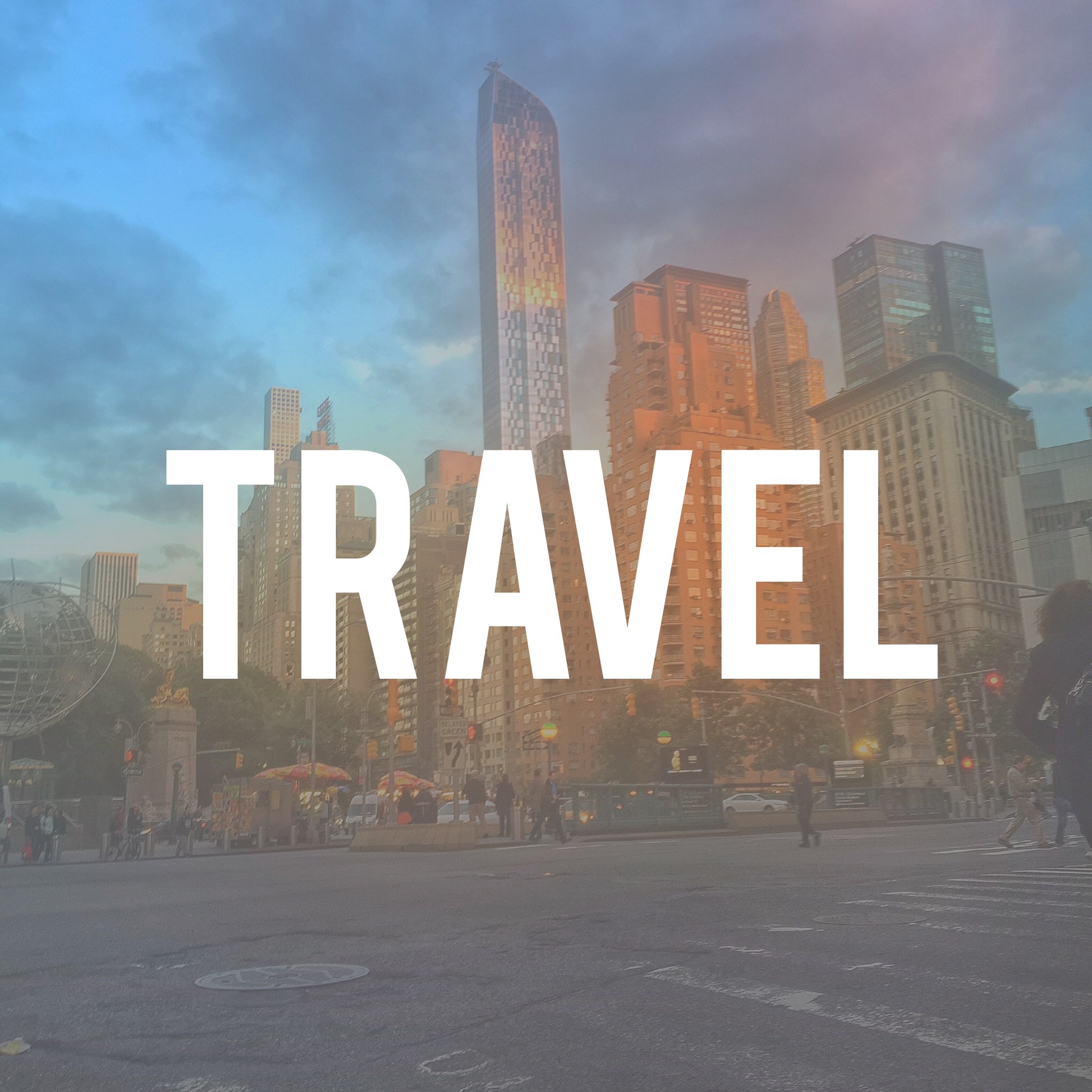 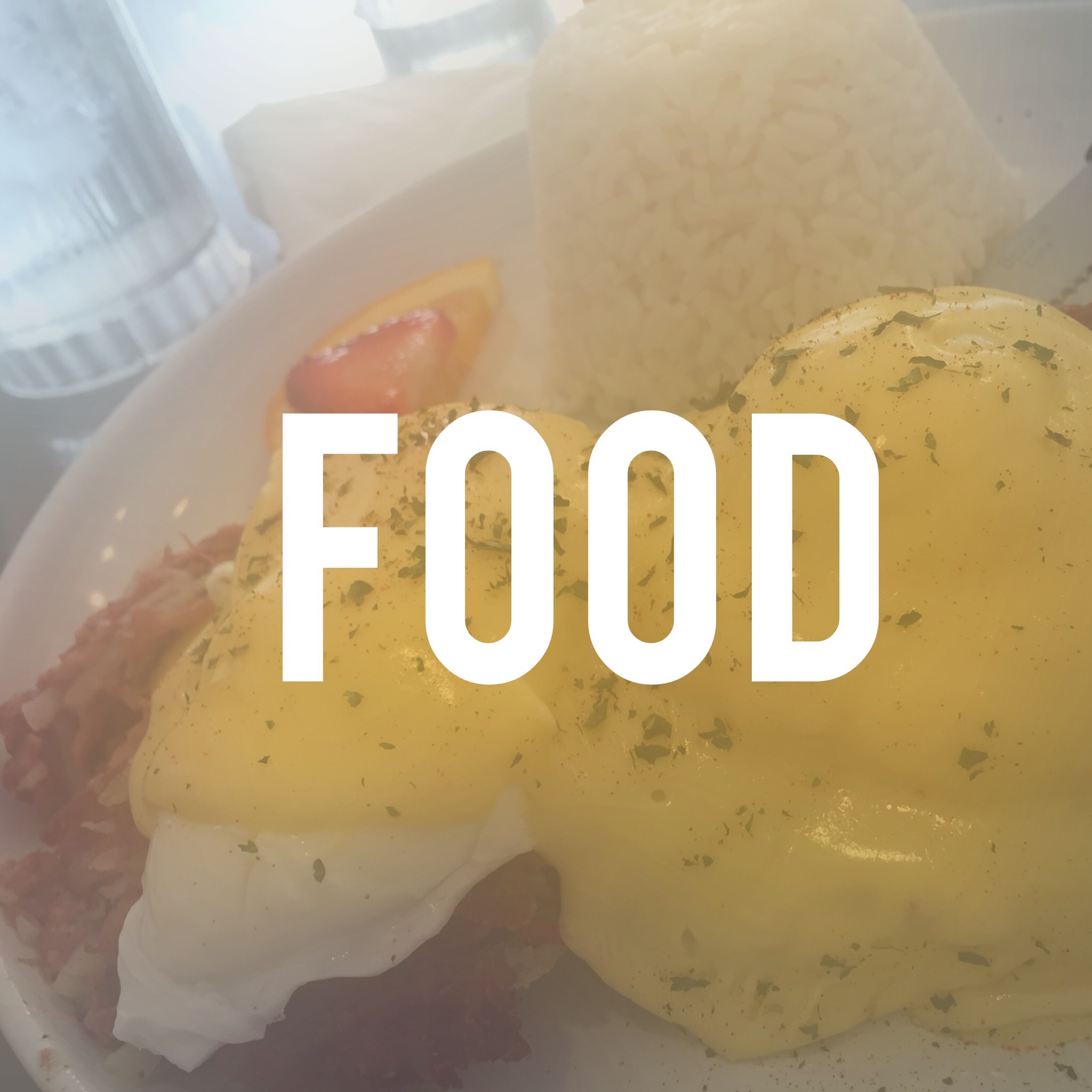 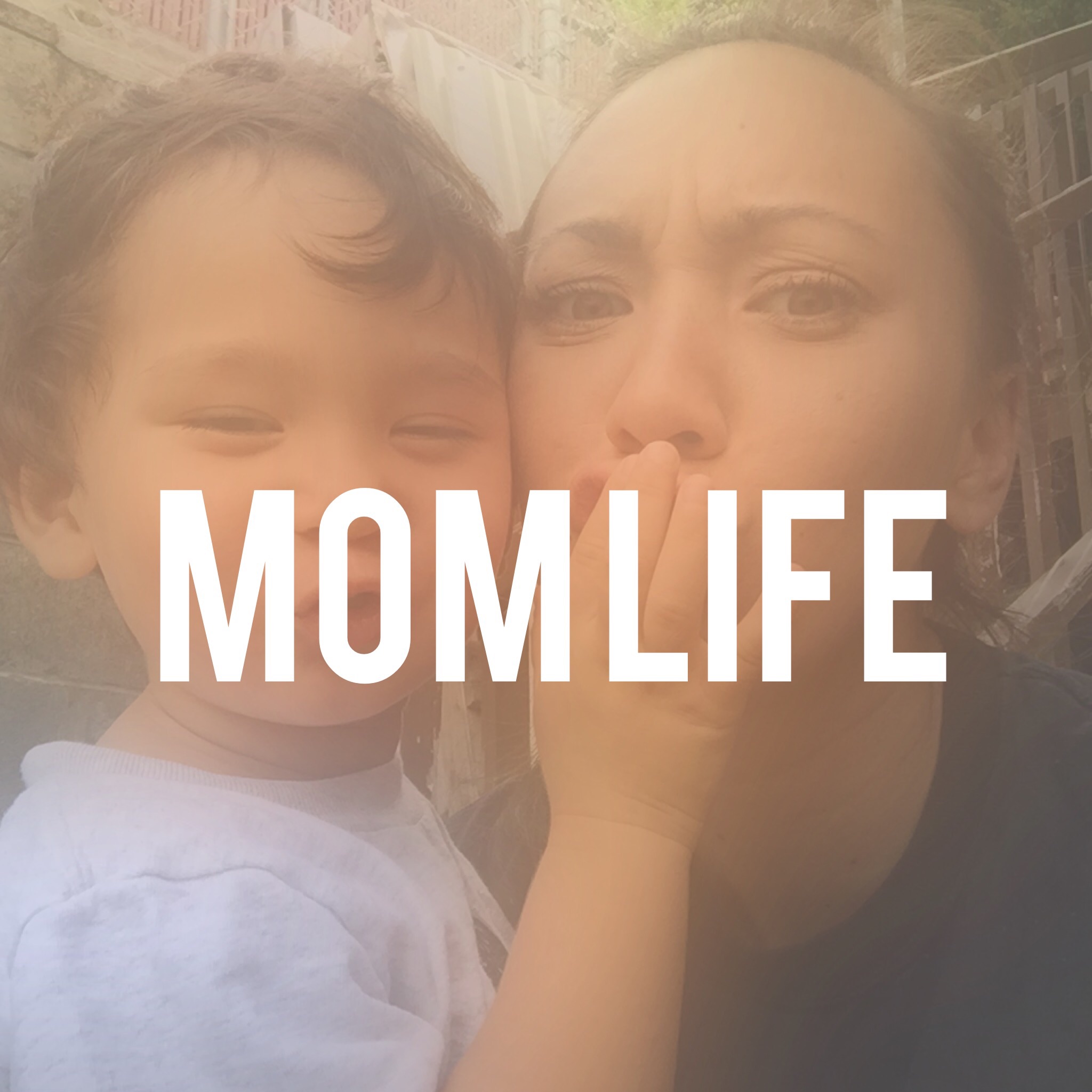 My Tweets
Join 14 other subscribers